In addition to Slush, another exciting point in early December was Ultrahack, the ultra-long hackathon tournament. The hackathon consists of multiple  pre-events, and culminated at the main event hosted in Helsinki, Finland. From the pre-events and through direct applications, 100 top teams had been selected to come in for the weekend. As a special feature of this hackathon, the teams were allowed to continue on working on projects that they had started earlier. All teams, however, developed at least substantial amount of new features during the event, if not a completely new project. 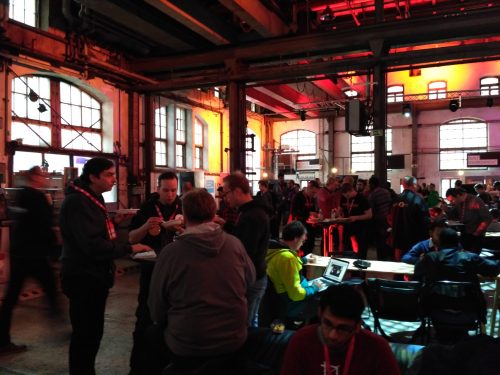 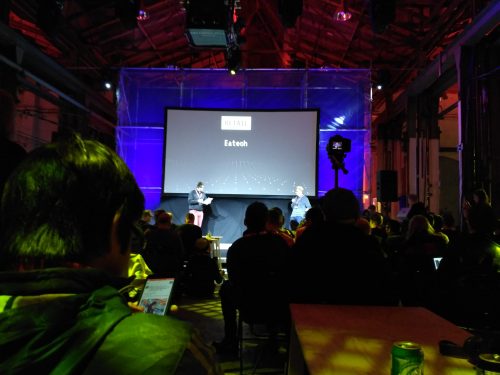 Proximi.io was present together with Clear Channel as a special sponsor. We had set indoor positioning at the screen, and also setup one beacon inside the Clear Channel digital screen present at the venue. We posed a special challenge at the hackathon: how to create interactive, personalized advertising through utilizing beacons and the advertising screen? As our challenge was a side challenge, the projects also participated in one of the main tracks each.

In total, three teams took up the challenge, and a fourth team utilized the Proximi.io platform in a different type of project. Here are the projects:

Team Eatech:
Team Eatech developed a location-based shopping list for the S-group retail challenge. The soltuion included an app that functioned as a shoppping list that shows you the most convenient route to the products you want to purchase inside the store. The appp functions both through smartphone and smart watch, being able to give you notifications, when you are nearby one of the items that you want to purchase. Through utilizing in-store digital screens, the solution could be used to show personalized advertisements to passers-by, based on their shopping list content, or other information derived through the application. 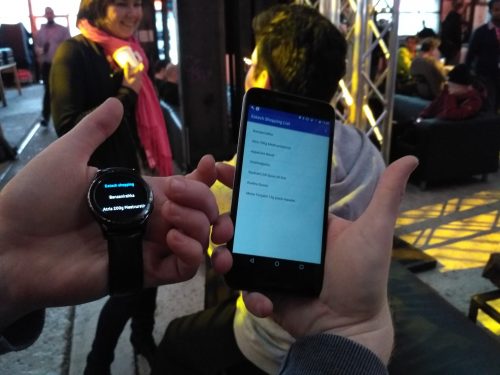 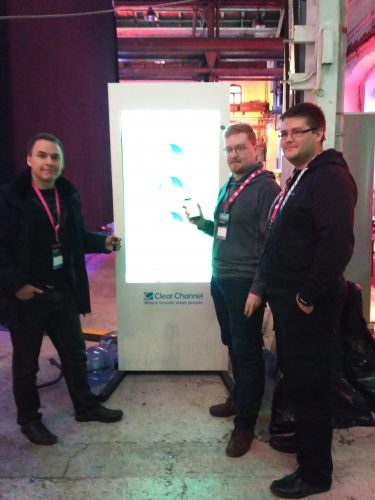 Team Thunderhat:
Team Thunderhat is working on an event/festival concept that builds a community around the event. The connection starts already before the event through interactive advertising. The advertising also wants to highlight underground artists, that could be interesting to the passers-by. 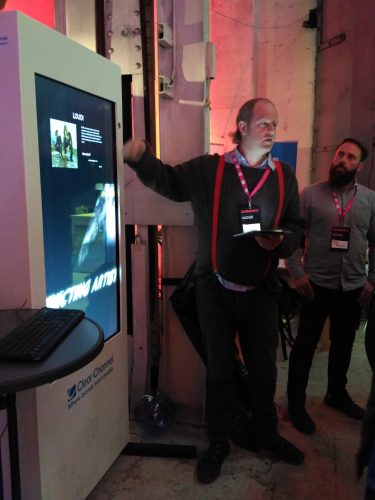 Team PintPlease!
Pint Please is a Finnish startup that has an application targeted to beer lovers. The app allows you to rate the beers that you have tried, share your favourite beers with friends, and guides you to the nearest location, where to purchase your favourites. From your app usage, the system learns about your preferences and can give you personal recommendations. During Ultrahack, PintPlease created a campaign for Clear Channel Store Digital network, where targeted advertisement could be shown to the app users on the digital screens. 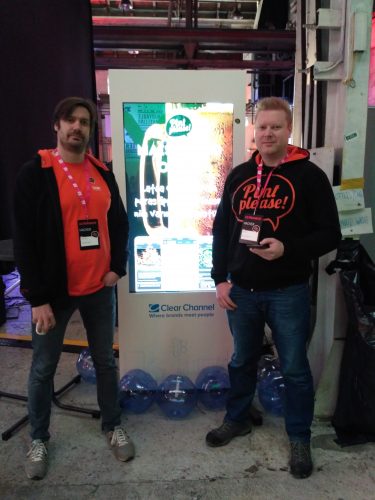 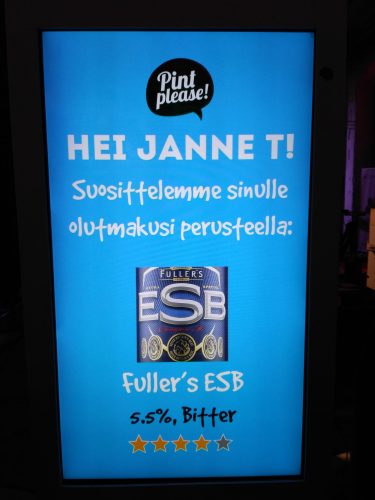 All the three projects were very creative, so we and Clear Channel decided to give different prizes to each of them. The main prize, including free advertising space on Clear Channel network and the usage of Proximi.io platform, was give to team Pint Please. Congratulations to all teams!

As a bonus project, presentation of the team that didn’t utilize the screen, but did a really cool project with beacons and Proximi.io platform:

Team Bitit Poikittain
Team Bitit Poikittain wanted to solve a very precise, but acute problem. It is difficult to purchase a ticket in the Finnish trains, if you are blind, or just absent-minded. If you are not focusing, the ticket-sales offcier may easily go past you, and you loose your chance. The project utilized beacons to simply inform the application, which train the passenger is in, making it possible to purchase the correct ticket with a simple push of a button. The location data will automatically record, when the passenger hopped on and off from the train.

This is a simple, functional solution that could bring huge aid to the everyday life of the sight impaired travellers. 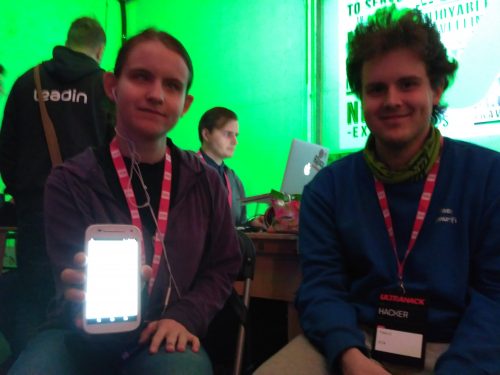 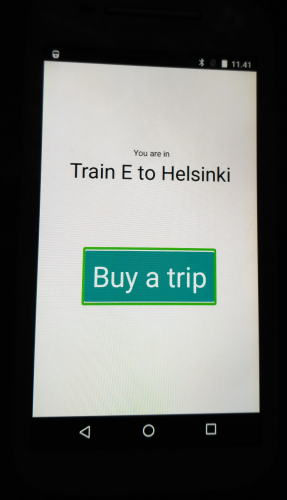